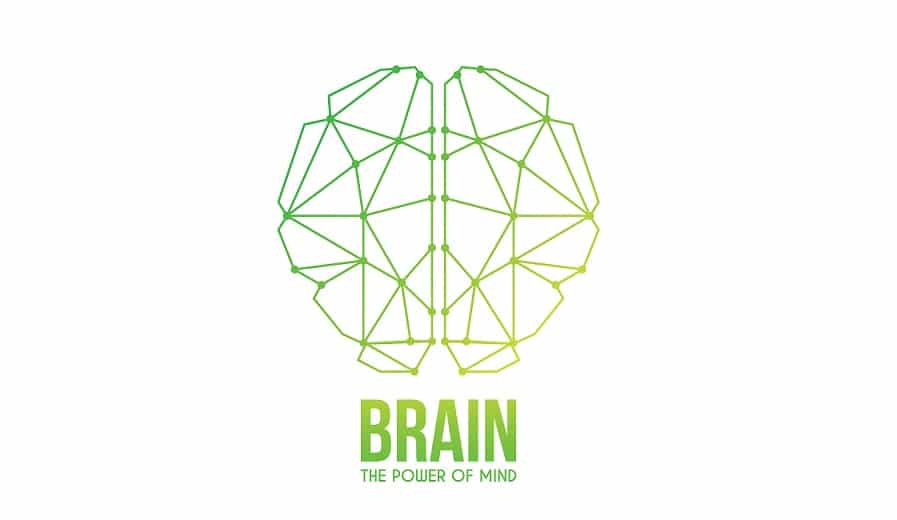 For the success of an organization, the team’s collaborative effort is efficacious. In today’s highly competitive world, collaborating with other employees is an immensely important aspect of workplace communication. Today’s modern workplace is dynamic and is more like a social minefield. People often get offended due to small things. Partially, it could be due to internal conflict, miscommunications, and increased awareness of social issues. In many instances, people trivialize the issues who appear as a victim. The major factor which is plaguing your workplace is employee motivation and miscommunication.

Does your team react to your suggestions defensively, with anger, and could you see signs of denial and stony faces? Then you can’t be a better leader. To be a productive leader, you need to have absolute knowledge about the factors that influence the employee’s behavior. Communication and teamwork are the determining factors in today’s zestful work environment. Therefore, having a concise knowledge about SCARF Model is the key to managing group and enhancing communication. In order to manage larger groups and improve cooperation, we need to comprehend the SCARF Model.

What is the SCARF Model?

SCARF Model is based on the concept of” minimize threats and maximize rewards,” which helps in engaging with employees and enhancing productivity. SCARF Model is a relatively new theory, published by David Rock in the year 2008. The theory elaborates on the learnings about how our brain reacts to a certain situation. Moreover, in theory, David Rock has summarized several studies identifying the social triggers that minimize danger and maximize rewards responses. Understanding such triggers abet the business to increase engagement and productivity.

Before we get deeper lets, understand the five triggers that are used for collaborating and influencing people. 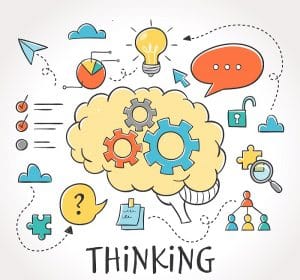 The theory is based on neuroscience searches that imply that these five domains triggers the same threat and reward stimulus in our brain that we rely on our survival.

The SCARF Model premise is the assumptions that the brain makes in a certain situation, which is to minimize threats and maximize threats. Brain assorts threats and rewards as primary needs, same as food, water, etc. The theory suggests the same also happens with social needs.

In a nutshell, the aim of the SCARF model to extract most out of a situation. The theory instructs professionals to interact with people in a way that minimizes threats and maximizes rewards. A concise understanding of the David Rock Scarf model improves collaboration and helps to influence people the way they behave. Primarily a positive approach or a reward generates a stimulus making people reach. Whereas, negative emotions or threats impulses a stimulus which leads to avoidance.

By reducing threats and maximizing rewards, you can boost the team’s morale, productivity, and communication skills. If you want to be successful leaders and want to spike your team’s performance, learn to incorporate SCARF model theory into your system or organization. But what exactly is the SCARF model theory, and how it leads the team to be more efficient and productive? Let’s have a comprehensive understanding of the SCARF Model. 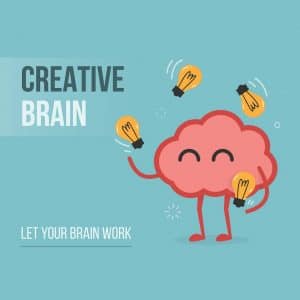 prop on the brain’s assumption on human behavior. Instead, it uses brain imaging to find conclusions. According to several research and studies, it was found the human brain is focused on minimizing threats and maximizing rewards; it is called Approach-Avoid Response. This approach has largely helped humans to stay alive. The perfect example of Approach Avoid Response is recalling the taste of disgusting food, which generates a quick response of avoiding it; in fact, the tastier, delicious food was recalled instantly and was ready to consume.

The approach doesn’t just respond to primary needs that are food, water. Instead, according to research, it was concluded the human brain is socially tuned, and rewards and threats drive our behavior. Despite years of evolution, the SCARF model approach still drives our interaction with the world even today. David Rock’s SCARF model doesn’t base on the human brain’s assumptions. But it has scientific reality too. According to survey by the American Psychological Association, it was found social pain lights the same region in the brain as physical pain. The theory of the SCARF model explains why we get emotional during the social situation. Whenever the brain interprets a threat or negative feedback related to your work status, it releases cortisol, which enhancing your decision-making capability and swaps up your ability to think logically. Whenever it receives praise and appreciation, it floods the brain with dopamine as a reward, making you seek more.

How to Apply the SCARF Model in the Workplace

Feeling anxious or threatened demotes confidence, reduces the ability to resolve problems, and makes it harder to communicate and coordinate with others. But when we get rewarded, or self-esteem boosts up, confidence level spikes, we feel empowered, and we well. The SCARF model helps to minimize perceived threats and maximize the rewards generated through positive feelings. By incorporating the SCARF model, you can collaborate better, coach professionals, and provide more effective training and feedbacks.

By integrating the SCARF model in your system, you can revolutionize your leadership. Whenever your team feels threatened, morale recedes, and communication dries up. But by getting prepared and accentuating positivity, you can enable your team to meet full potential.

These Five domains play an imminent role behind the SCARF Model. These five triggers can be used to enhance collaboration and influence people’s behavior. Let’s dig deep into each domain separately and analyze the ways to reduce threats reaction and create a reward response.

Humans are social animals. We often create a close bond with colleagues and get offended by small mistakes on the flip side. Several triggers influence our behaviors and decision-making capability. So to be successful and more productive, we need to acknowledge such triggers when we interact with others. The best tool is the SCARF model; it helps individuals in understanding human behaviours. By having a concise knowledge about reducing threats and maximizing rewards, you can enhance collaboration in the workplace. 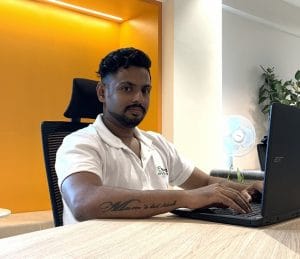 Priyanshu is a copywriter who loves to tune into what makes people tick. He believes in presenting his ideas with flair and wit, which has made him an expert at standing on stage and charming the pants off of any audience he's faced with. Priyanshu lives for learning as much as he can, so if you ever need help understanding something - just ask! 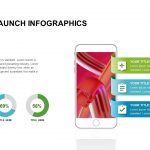 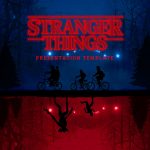 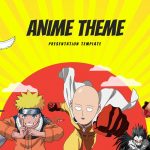 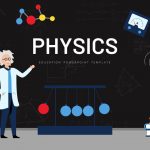 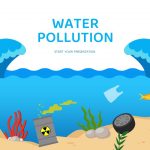 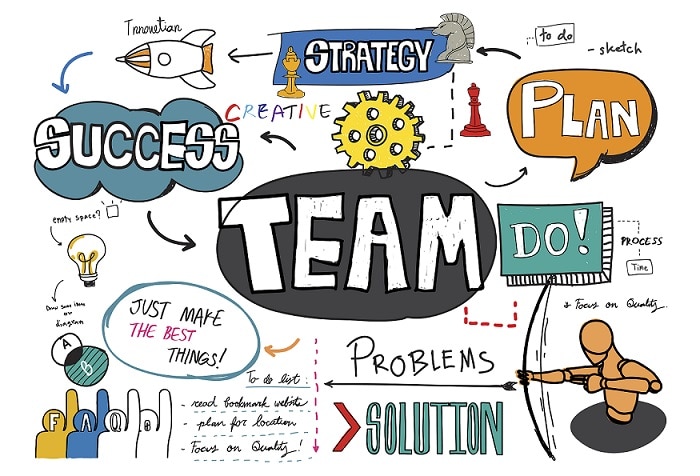 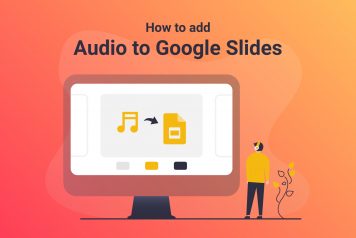 How to Add Audio to Google Slides 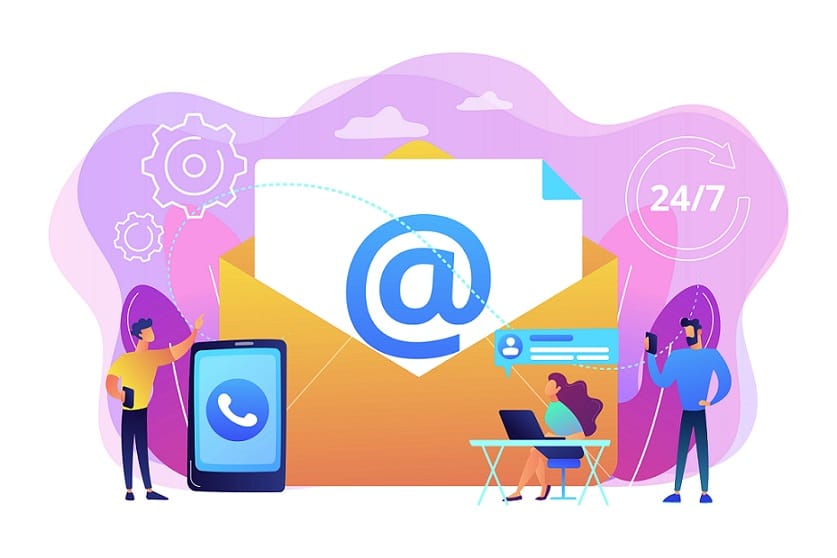 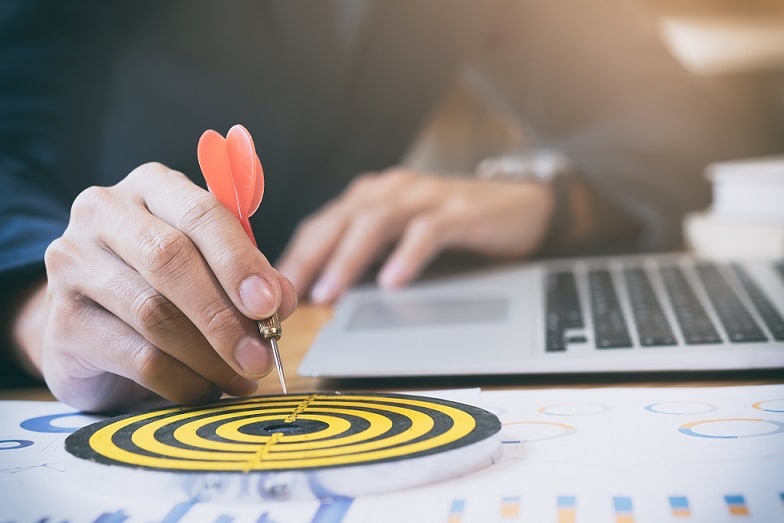 Lead Generation Strategies That Will Grow Your Business By 110% 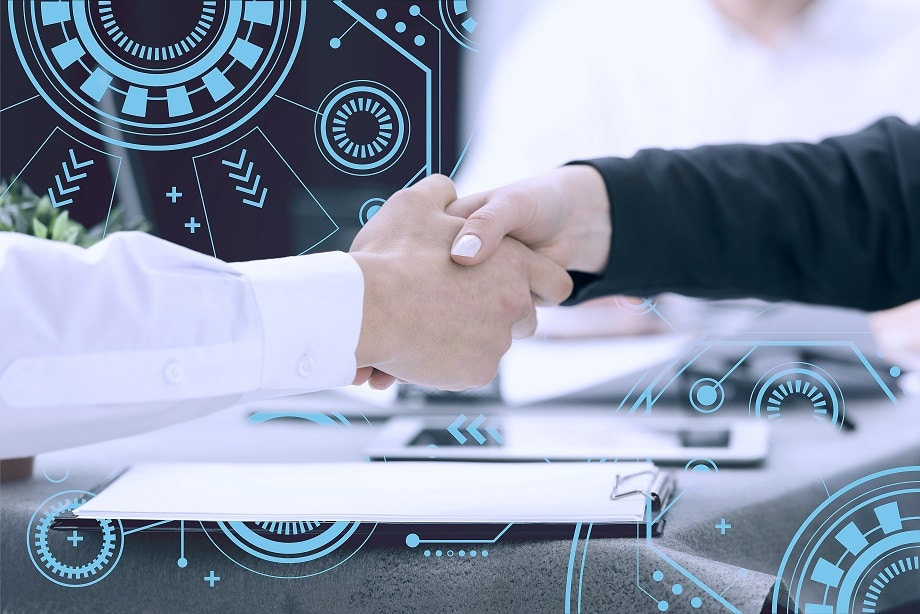 Future Technologies that Will Change the World Post Pandemic 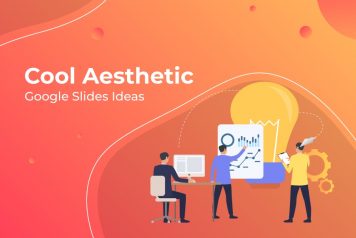 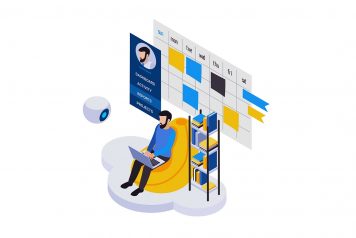 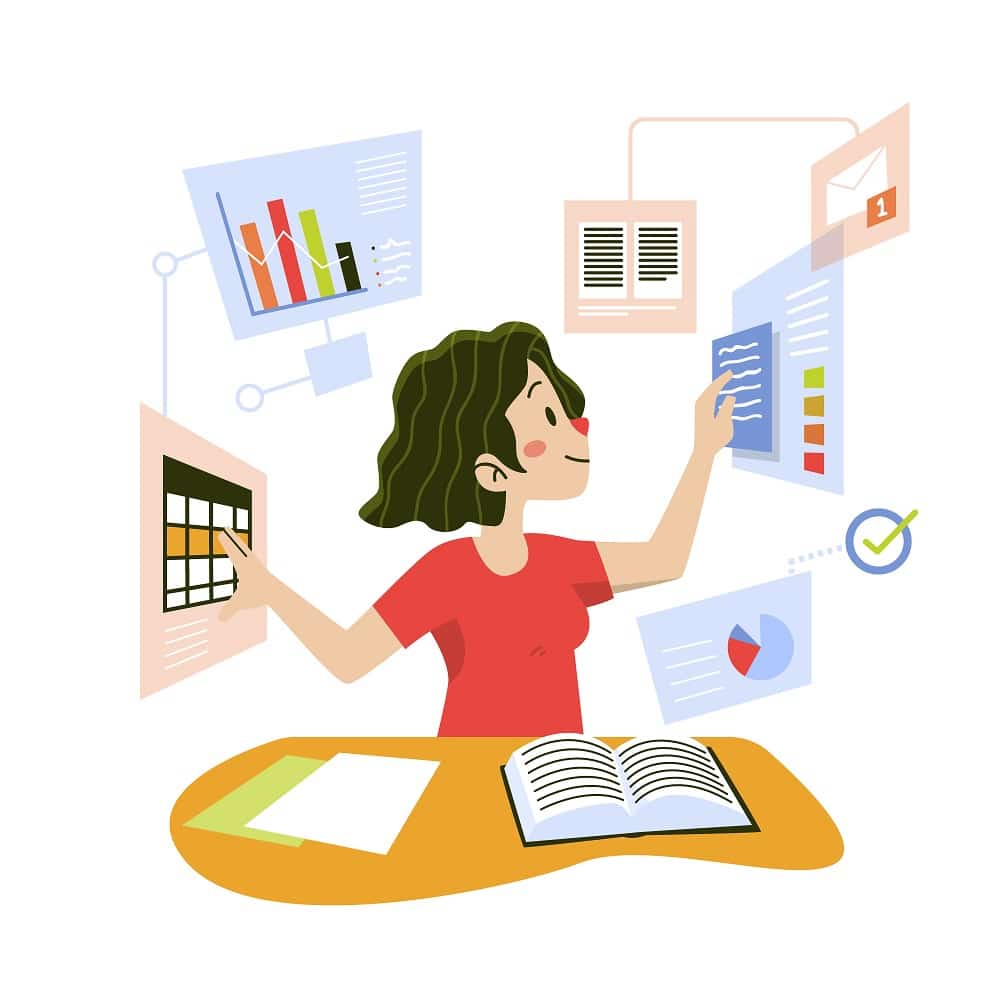 Get Ahead with Concept Of Productivity 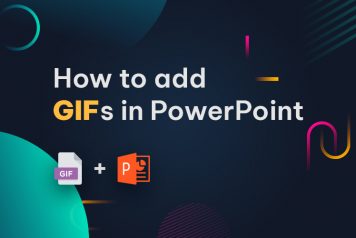 How to Add GIFs in PowerPoint 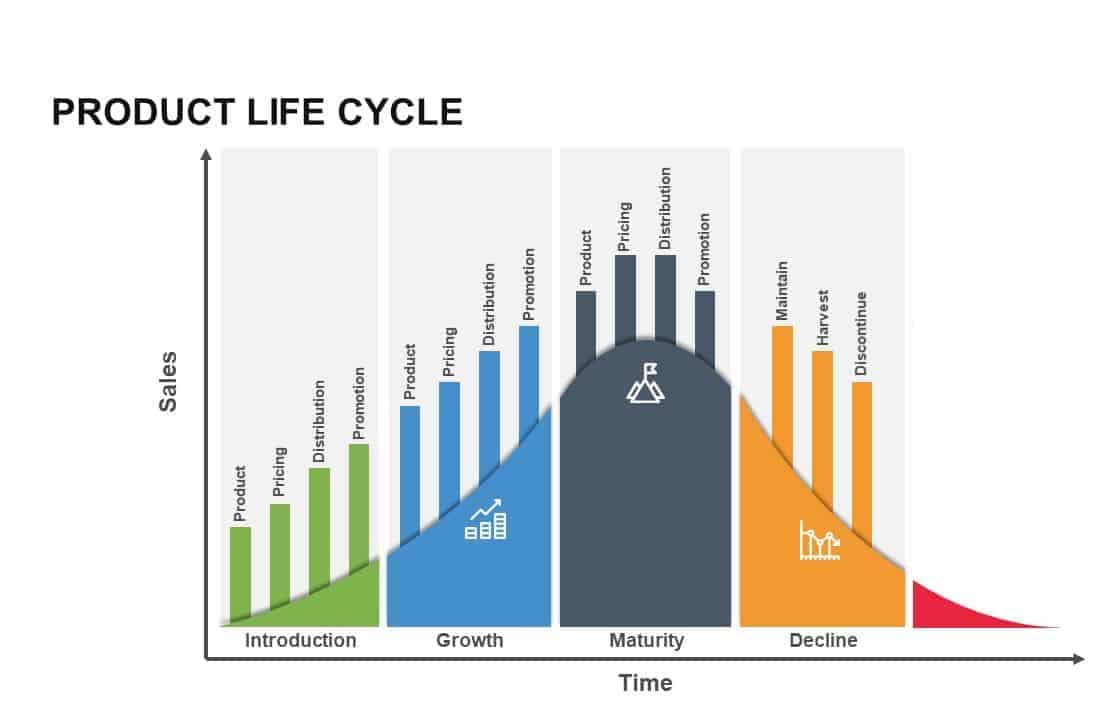 What is Product Life Cycle Theory 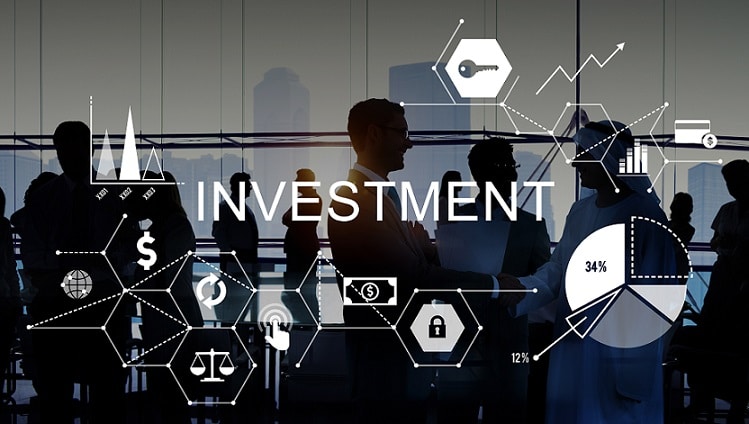 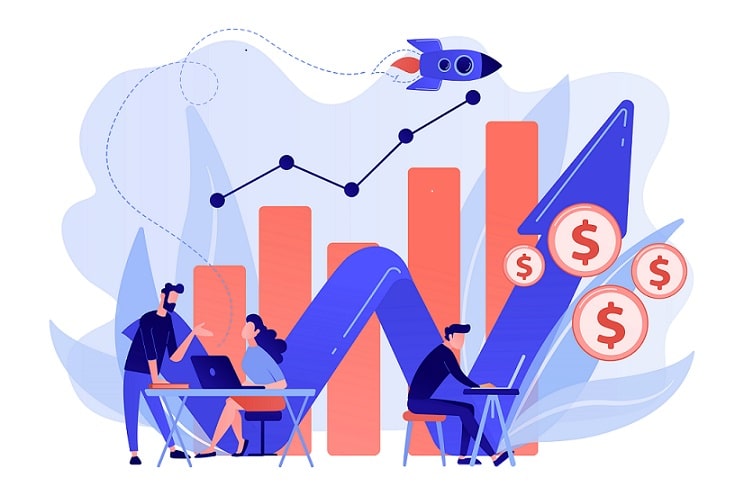